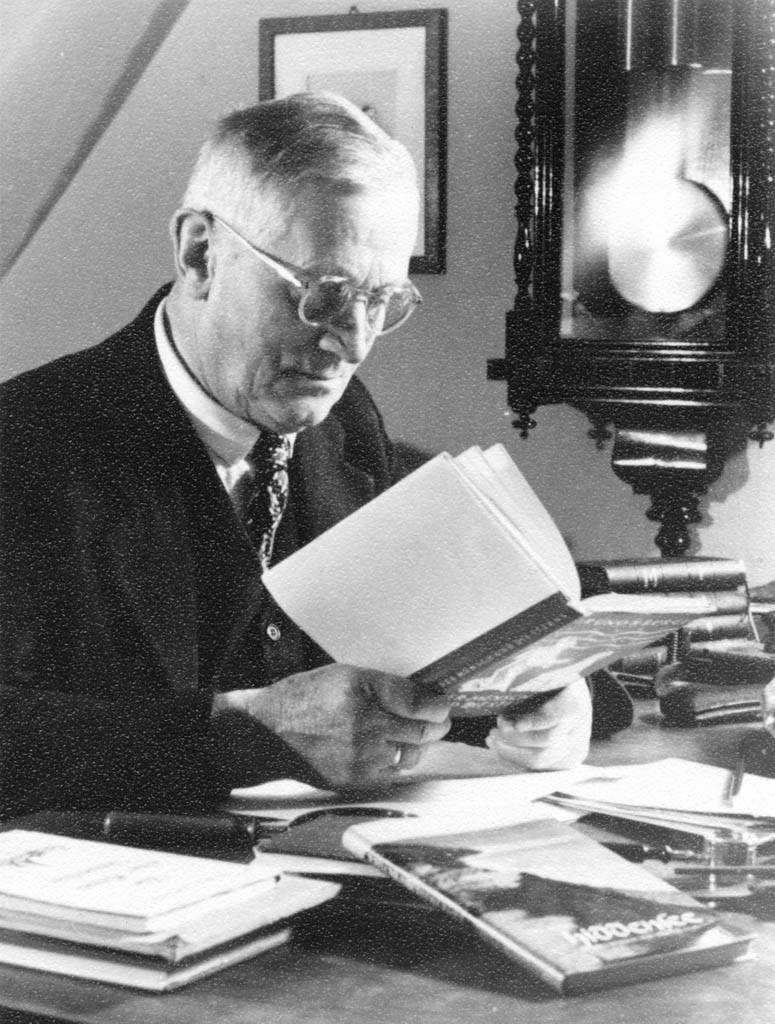 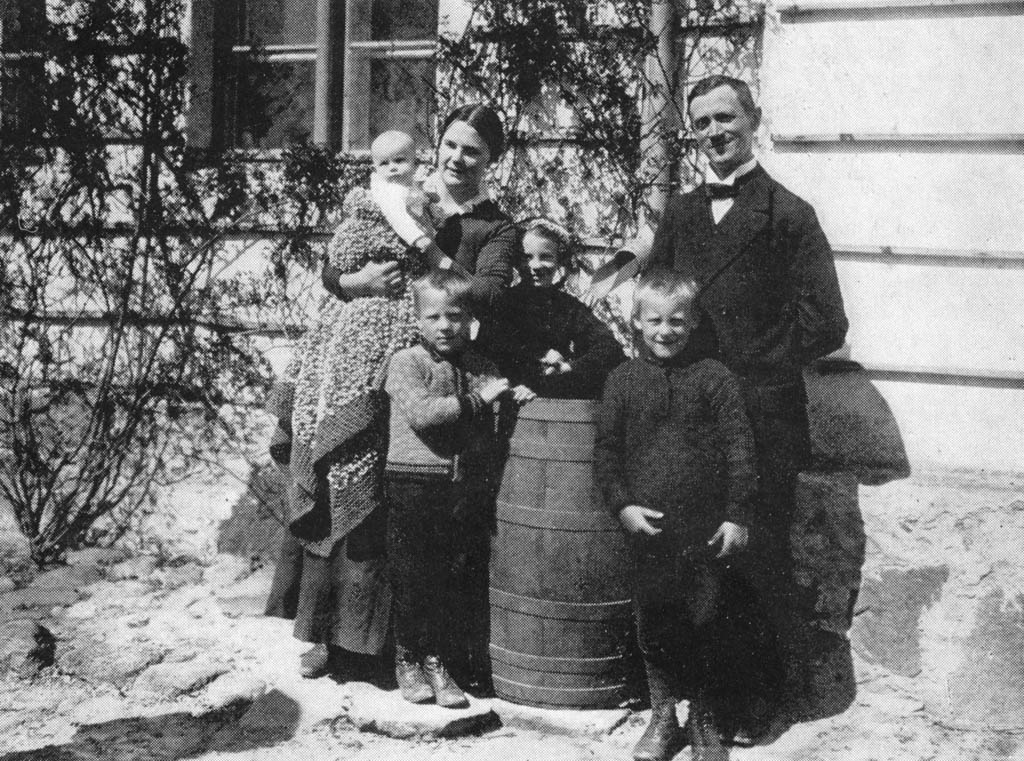 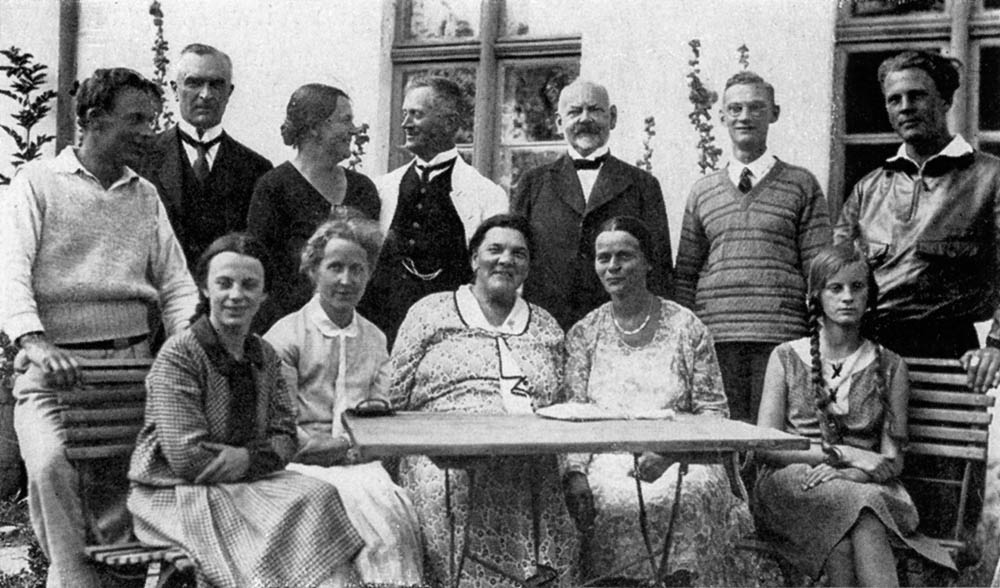 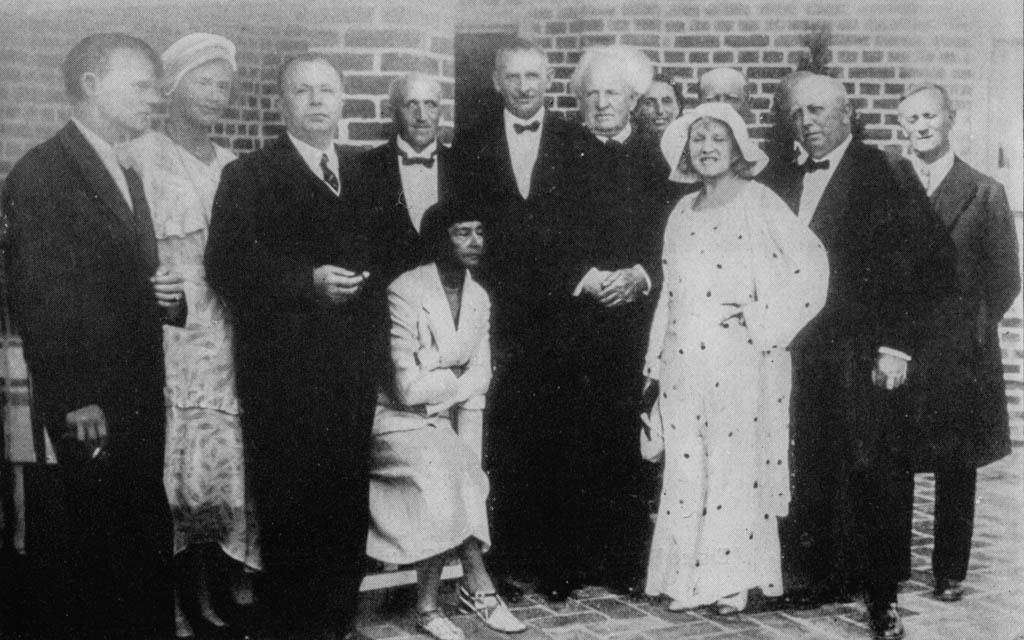 Eggert Gustavs was born at the parsonage on the Island of Hiddensee in 1909. His father Arnold Gustavs (1875–1956), the “Inselpastor of Hiddensee,” has been taking care of the islanders as their pastor for 45 years. Longer than any other pastor on the island, he accompanied their lives from cradle to grave. From 1903 to 1948, he preached the gospel to the people of Hiddensee from the pulpit of the small church in Kloster, marrying, baptizing, and burying them. He instructed the children in Christianity and helped the adults with advice and support. In the course of his pastoral activities, he grew ever closer to his Hiddensee people.

He loved the native dialect and only spoke "Low German" with the people of Hiddensee. Sometimes he even preached in Low German. Arnold Gustavs was at home in many languages: Latin, Greek, Hebrew, Dutch, Old Icelandic, as well as Slavic languages – especially Russian – and Swedish. In general, his sermons were appreciated because they were short, concise, and witty; they lasted hardly longer than ten minutes. Over the years, his pastoral care of the visitors to the island became an essential part of his official activities. This also inspired him to keep the church open all day every day.

The hospitable and cosmopolitan atmosphere in the parsonage – equally open to the arts and science – attracted many domestic and foreign visitors. Occasionally, paying summer guests were also welcomed. As life on the island was determined by the modest income of a country pastor, it had to be supplemented in many ways. In addition to livestock farming, the large parish garden had to be cultivated, which basically provided everything for the household that could possibly be grown there. He took over the beekeeping from his father. As welcome as the income from beekeeping was, it cost him a lot of time, which he was reluctant to sacrifice for his scientific work. For Arnold Gustavs was not only a pastor who was highly respected and esteemed by his parishioners, he also enjoyed a considerable reputation as an expert in ancient history and oriental studies, archaeologist, local historian, and writer.

His extensive collection of stone tools from Hiddensee, which he used as evidence for the prehistoric settlement of Hiddensee, is now housed as "Gustav's collection" in the local history museum in Kloster. As an expert in ancient languages and oriental studies, his name was widely known in specialist circles because he is the author of several books on Assyriology and cuneiform writing. His achievements as a scientist were recognized in 1921 when he was awarded the academic degree of Licentiate in Theology. The University of Greifswald honoured him with this high distinction (which was equivalent to a PhD). His strength probably lay in the thoroughness of his work. He dived deep into learning and made the material his own intellectual knowledge. He also possessed the gift of presenting connections in the simplest and most elegant linguistic terms. His Heimatbuch "Die Insel Hiddensee" (The Island of Hiddensee) has enjoyed, and continues to enjoy, extraordinary success to this day – with illustrations by his youngest son, the painter and graphic artist Eggert Gustavs.

For some time, there has been a discussion whether Arnold Gustavs had made political commitments over the years. In the beginning at around 1933 – like millions of other Germans – he had hoped and expected that the Nazis would keep their election promises regarding prosperity and peace, especially since Nazi ideology had been quite friendly toward the church in the early years. But he soon came to deliberately adopt a critical view, which he summarized in 1937 as follows: "Never in my life have my hopes been more cruelly destroyed.” He stayed pointedly away from NSDAP assemblies and all propaganda events and, in the tradition of passive resistance, openly defied the expectations of those in power on several occasions. The local group leader of the party denounced Pastor Gustavs to the Gestapo and thus initiated that he was constantly under surveillance. The fact that Arnold Gustavs did not gather a group of Nazi opponents around him probably saved him from being arrested. 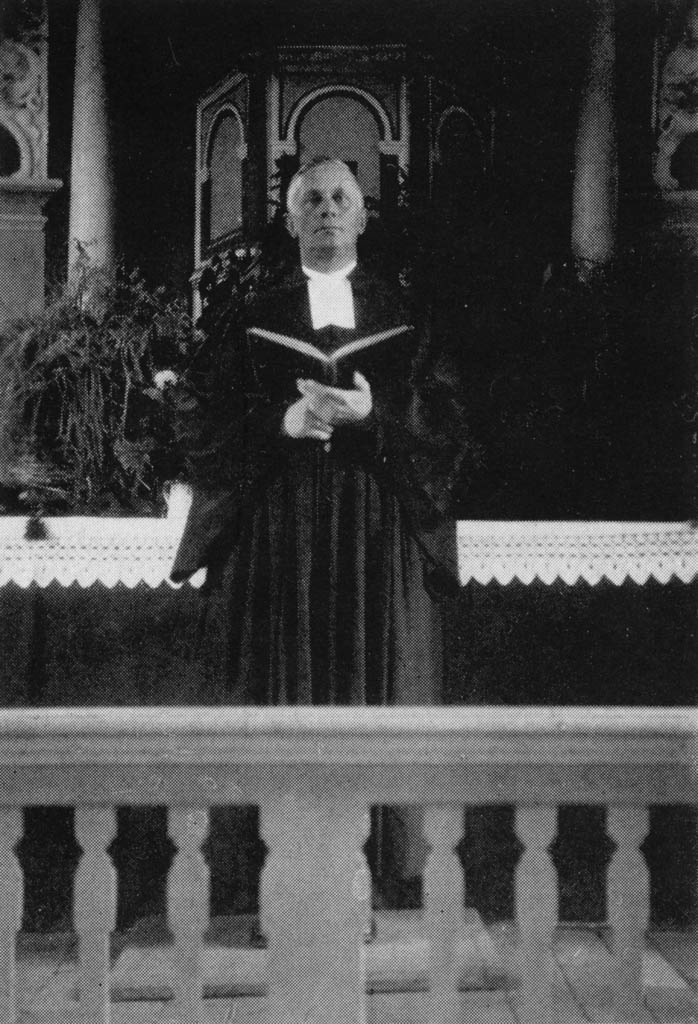 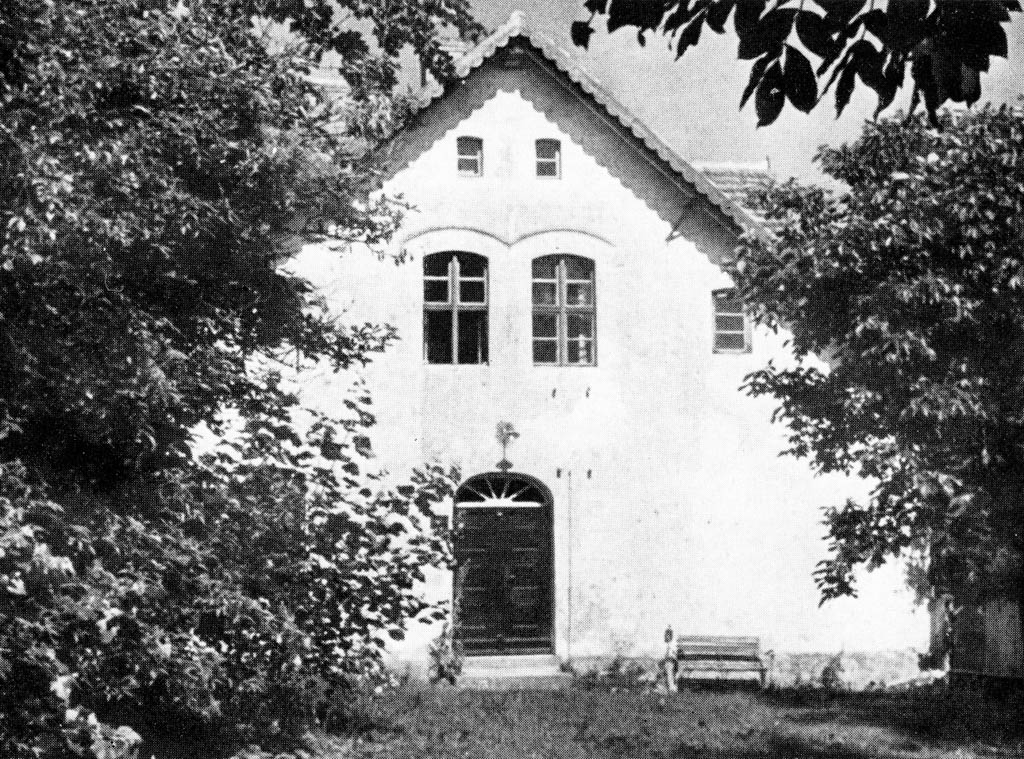 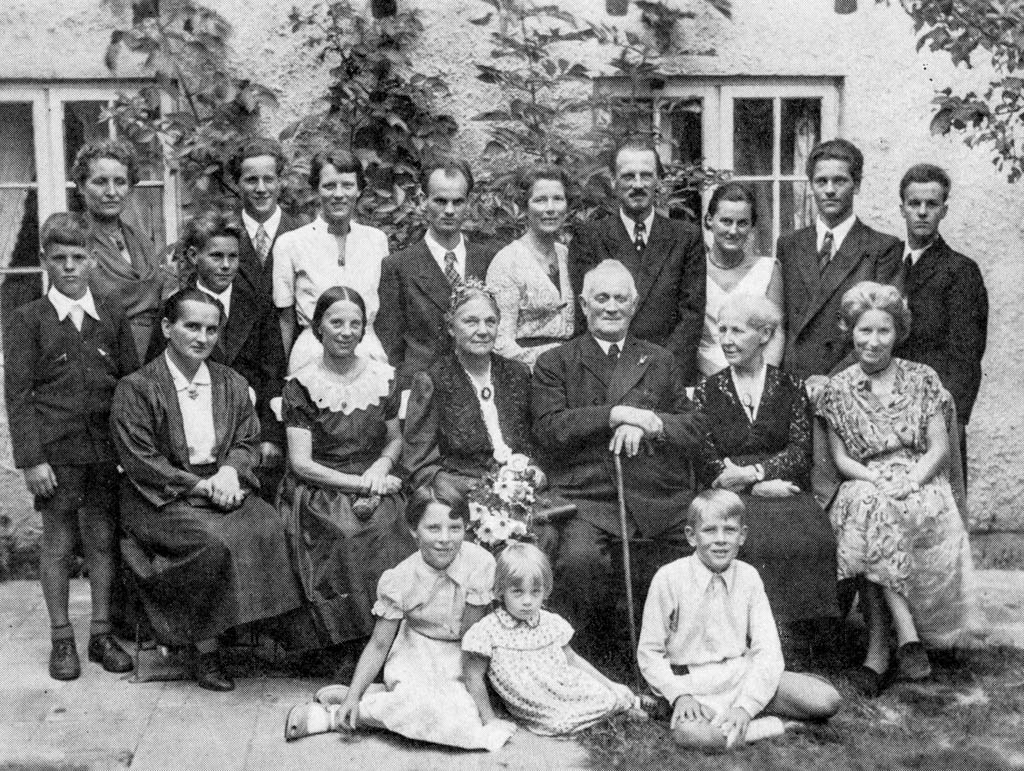 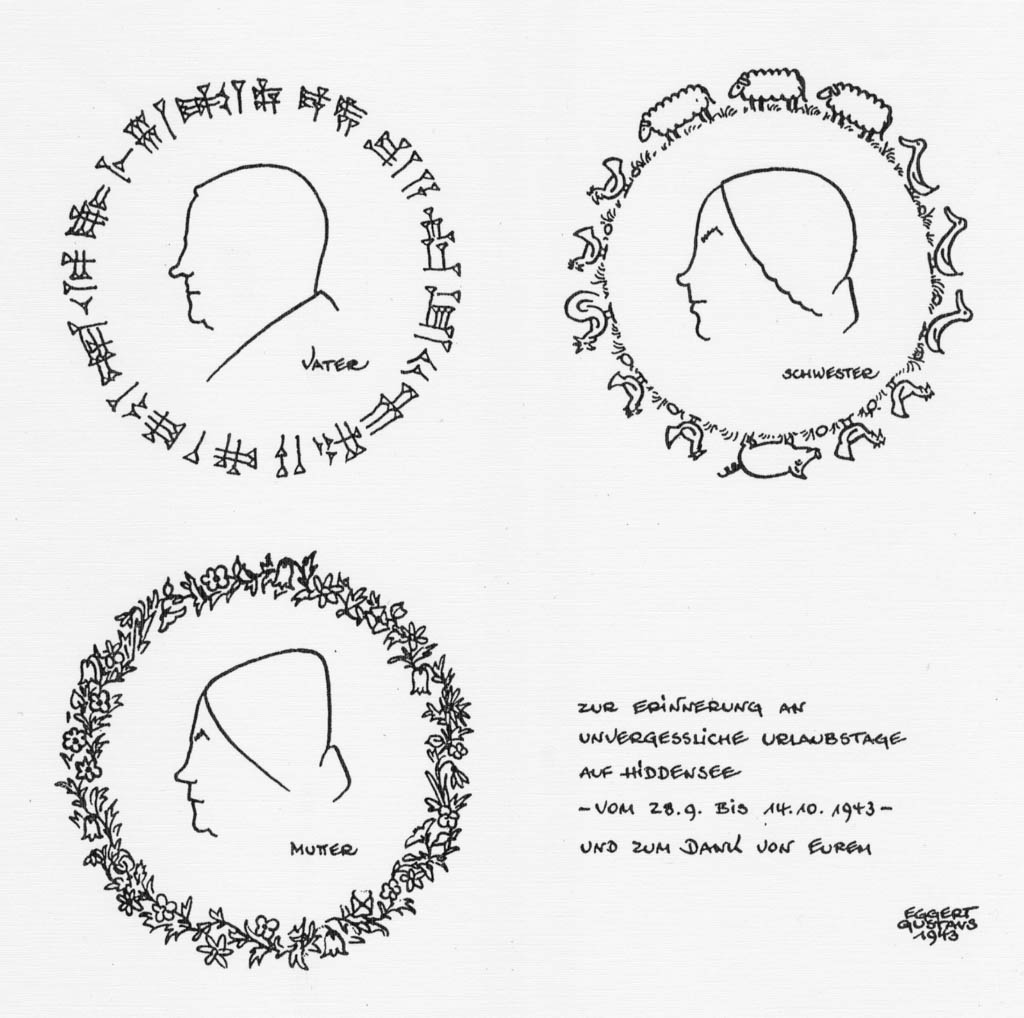