The life of the artist

The German painter and graphic artist EGGERT GUSTAVS (1909–1996) is among the most important artists associated with the Island of Hiddensee in the Baltic Sea. Hiddensee, which has repeatedly been called an “island of painters and poets,” was his birthplace and home. Artists and prominent members of German society began flocking to the island in the 1920s. The young Gustavs got to know many of them personally.

Painters such as Willi Jaeckel and Elisabeth Büchsel often stayed on Hiddensee, along with well-known German actors such as Elsa Wagner, Asta Nielsen, Otto Gebühr, and the cabaret artist and writer Joachim Ringelnatz. These celebrities and many others frequented his parents’ home, the parsonage of the pastor and expert in Ancient History and Oriental Studies Arnold Gustavs and his wife Helene. Guests such as these gave life on the island a special flavor in summer. This impressed and inspired the young boy, as did his father's friendship with the famous German writer and Nobel laureate Gerhart Hauptmann. Eggert Gustavs and his three siblings thus grew up in a liberal-minded atmosphere conducive to the cultivation of both art and science.

To realize his dream of becoming an architect, the young Gustavs enrolled at the Landeskunstschule (University of Fine Arts) in Hamburg. Yet he soon felt stifled by the teachings of style there and feared for his freedom and own artistic style. Moreover, he found himself increasingly attracted to painting and printmaking. In Berlin at the Bauhaus, he came in contact with Wassily Kandinsky, by then already a world-renowned avant-garde artist, whose lectures and personality fascinated him. Kandinsky was probably the only contemporary artist Gustavs acknowledged as a role model. When the Bauhaus was closed down, he decided to go his own way – as a freelance, largely self-taught artist.

Illness dogged his path through life. Yet by exercising iron self-discipline and making many sacrifices in his lifestyle, he reached the grand old age of eighty-six. Sometimes he survived by sheer good fortune. In 1945, for example, a wad of photographs saved his life during a grenade attack: it was only days later that he discovered a shell fragment lodged among the family photographs in his wallet, which he wore close to his heart.

Gustavs was a true islander and a “Hiddensee artist” in the widest sense. All his work was always infused with his love for the island he called home. Probably no one else has captured the island’s austere beauty and hidden charm in such a wide variety of motifs and moods with such sovereign mastery and intensity of expression, while using so many different techniques.

Watercolor and woodcut were his principal means of expression, yet his versatility is a constant source of wonder, ranging from soft watercolors to delicate graphic prints to bold, compelling linocuts and wood cuts. Be it pen, brush, or pencil drawings, oil paintings or pastels, prints on glass, or figure wood carvings, his works always bear the stamp of an unmistakable personality. In his portraits and caricatures, he successfully captured typical features with minimum artistic means. Indeed, he was fascinated by what he once called the “face of the landscape” and the “landscape of the face.”

Over the decades, thousands of visitors flocked to the permanent exhibition at HAUS GUSTAVS (Gustavs‘ house), his retreat on the Island of Hiddensee. Time would stand still for them as they viewed the works on permanent display and engaged in lively conversations on all manner of subjects, not merely art, artists, and Hiddensee. To all his guests, Gustavs was a charismatic host, engaging, interesting, open-minded, and cosmopolitan in his conversations. Many aspects of life, world events and existence generally inspired his curiosity, including the written and spoken word. He himself penned a large number of poems, fables, aphorisms, and subtle plays on words, all revealing his fine sense of humor and his wisdom.

For many years, Eggert Gustavs spent the summers on Hiddensee and the winters with his family – his wife Irene Tourneau-Gustavs, a dancer and teacher of dancing, and their six children – at Neuruppin in Brandenburg. Many of his paintings capture the calm and tranquility of the Mark Brandenburg, the lakes and forests of the “Ruppin Switzerland” region, as described by Theodor Fontane in his "Wanderungen durch die Mark Brandenburg" (Ramblings through Brandenburg). The artist found further subjects of inspiration in the South Tyrol Alps, France, the Harz Mountains, but especially on his beloved Island of Hiddensee.

In the studio of his house next to the lake in Neuruppin, Gustavs painted, created linocuts and woodcuts, and produced hundreds of cards with reproductions of his work. His popularity surged with the sale of thousands and thousands of these cards. He carved out a path for himself by combining hard work with a rich imagination and endless creativity, paired with a relentless criticism of his own art.

In 1994, Gustavs donated a significant portion of his artwork to the local museum on his native island. He passed away in 1996. His final resting place is located not far from the house in Kloster where he was born, beneath a boulder bearing his monogram carved with his own hand.

In commemoration of the artist’s 100th birthday, his life’s work was honored with the release of the book “Eggert Gustavs: Leben und Werk eines Hiddenseer Künstlers” (Eggert Gustavs: The Life and Work of a Hiddensee Artist). In 2009, the museum in Neuruppin and the local museum on the Island of Hiddensee celebrated the anniversary with extensive exhibitions, showing about 150 of his artworks.

From 17 June to 18 July 2010, an exhibition at a major art center in the City of Barcelona also paid homage to the work of the distinguished painter and graphic artist Eggert Gustavs. After visiting a Gustavs exhibition in Germany, Professor Fèlix Bentz, head of the Royal Artistic Circle of Barcelona (RACB), invited the Eggert Gustavs Gesellschaft e.V. (Eggert Gustavs Society) to see a representative selection of the artist's work in the venerable building occupied by the RACB, the Pignatelli Palace. The honorary president of the RACB, which was founded in 1881, is His Majesty Juan Carlos I, King of Spain. 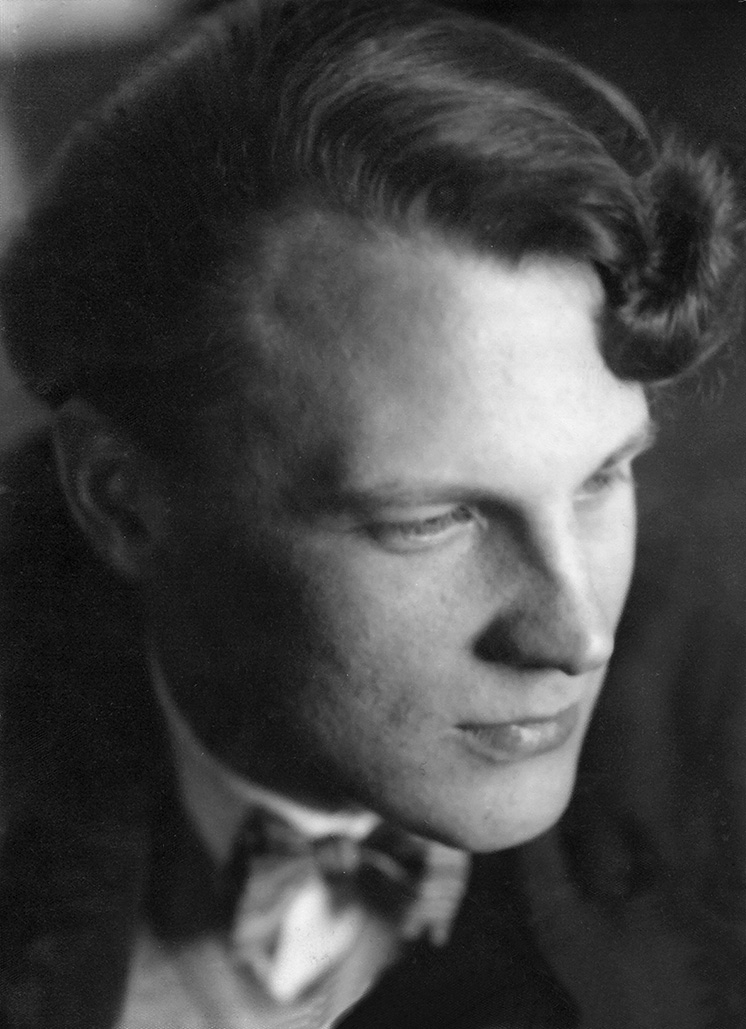 In the “Artist's Studio” in Kloster 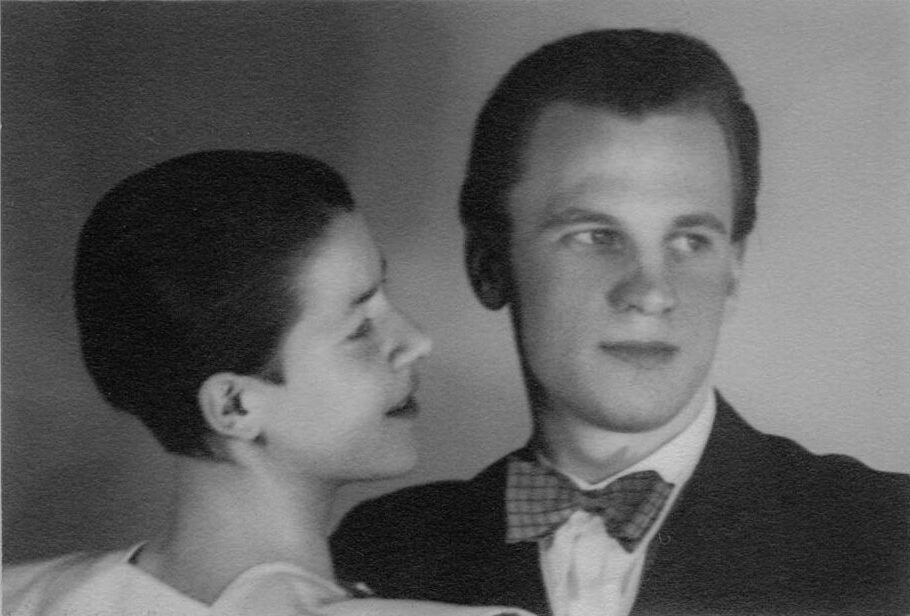 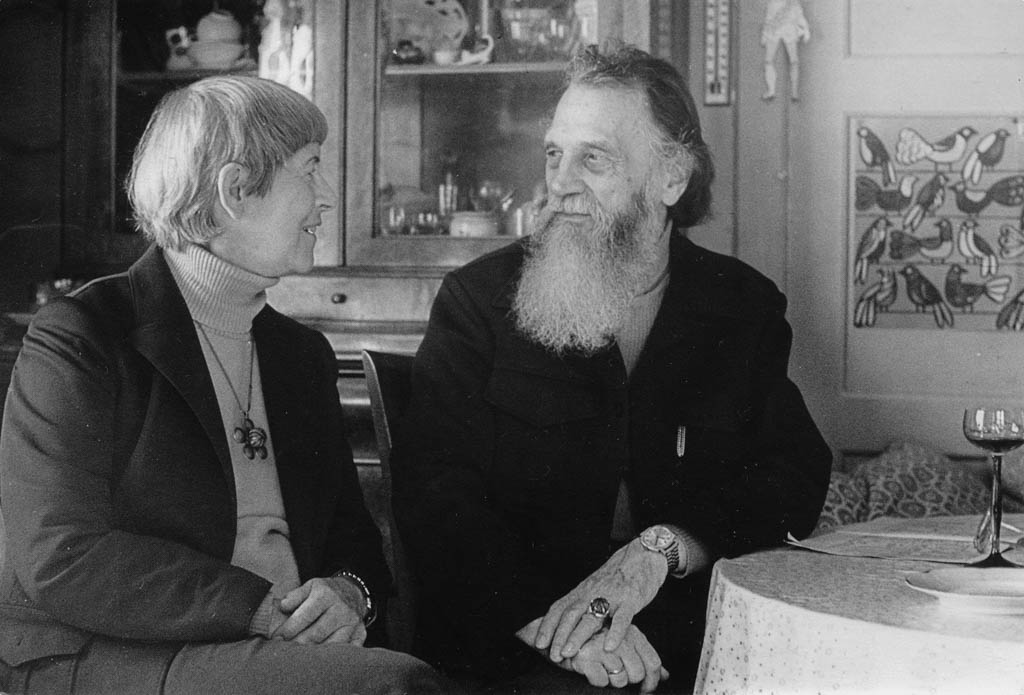 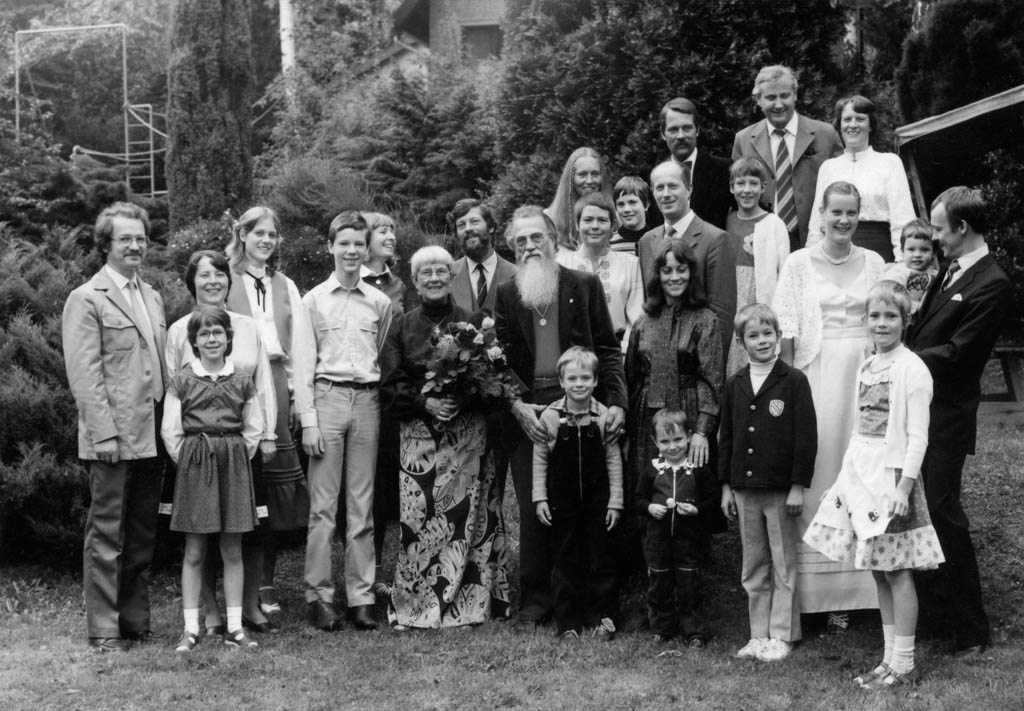 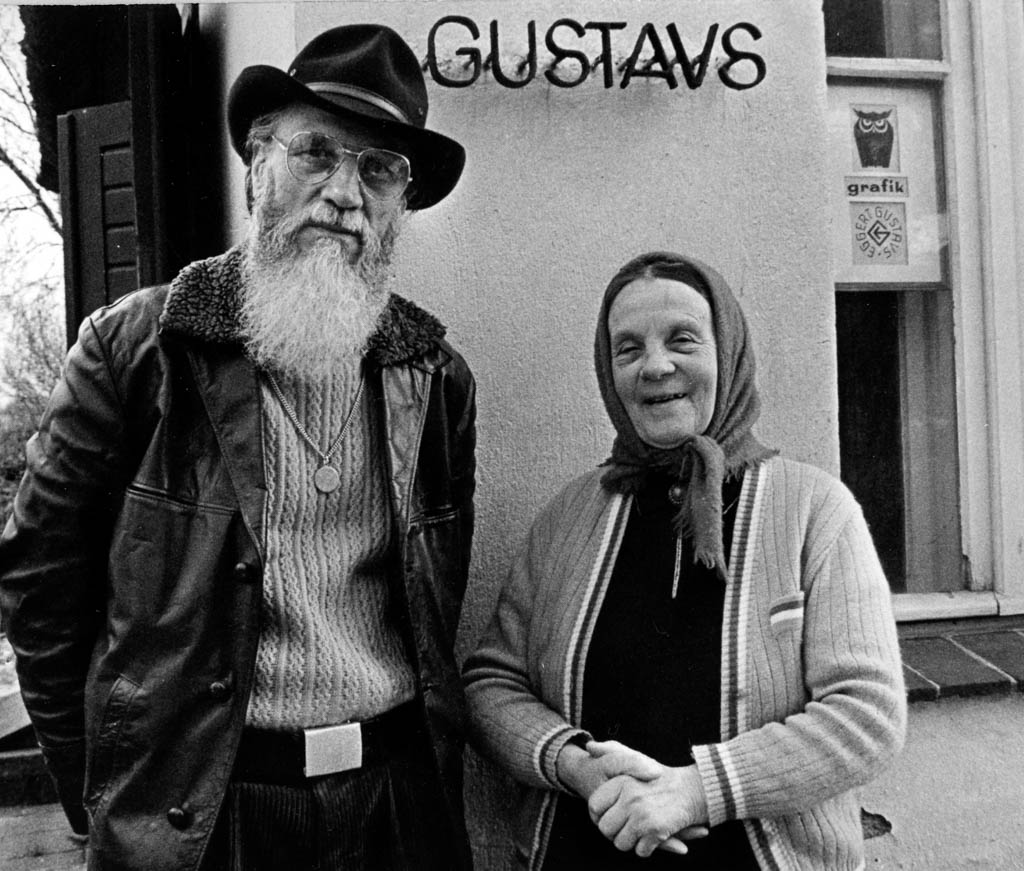 Eggert Gustavs with his sister Annalise 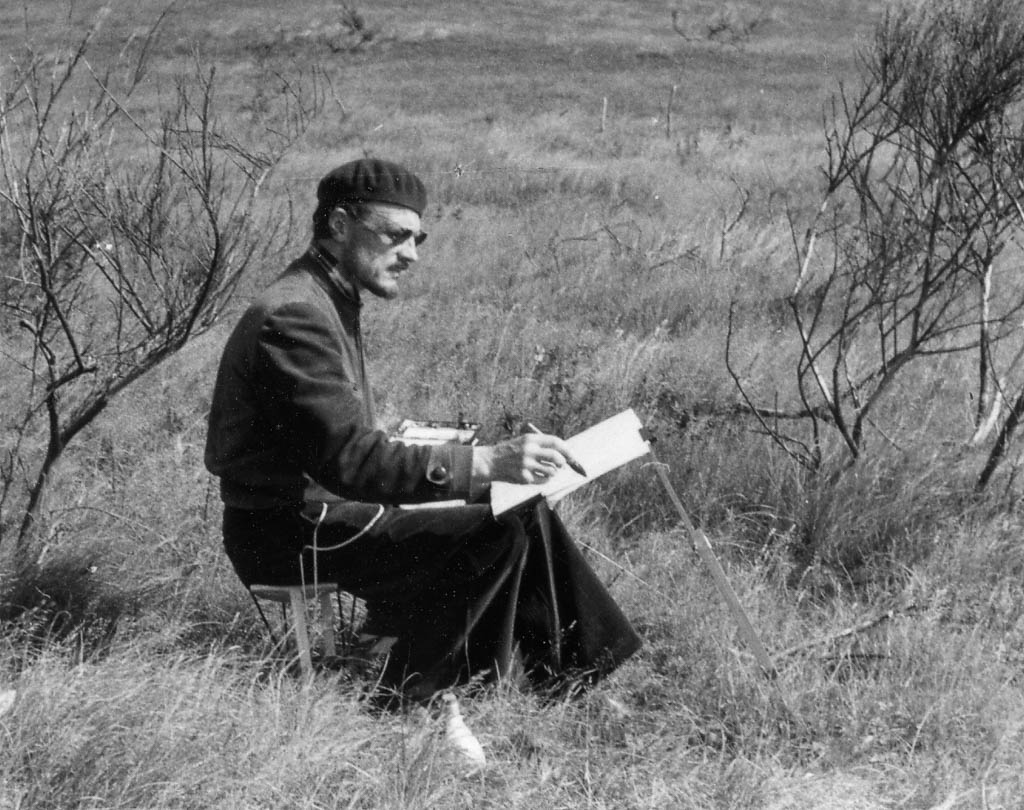 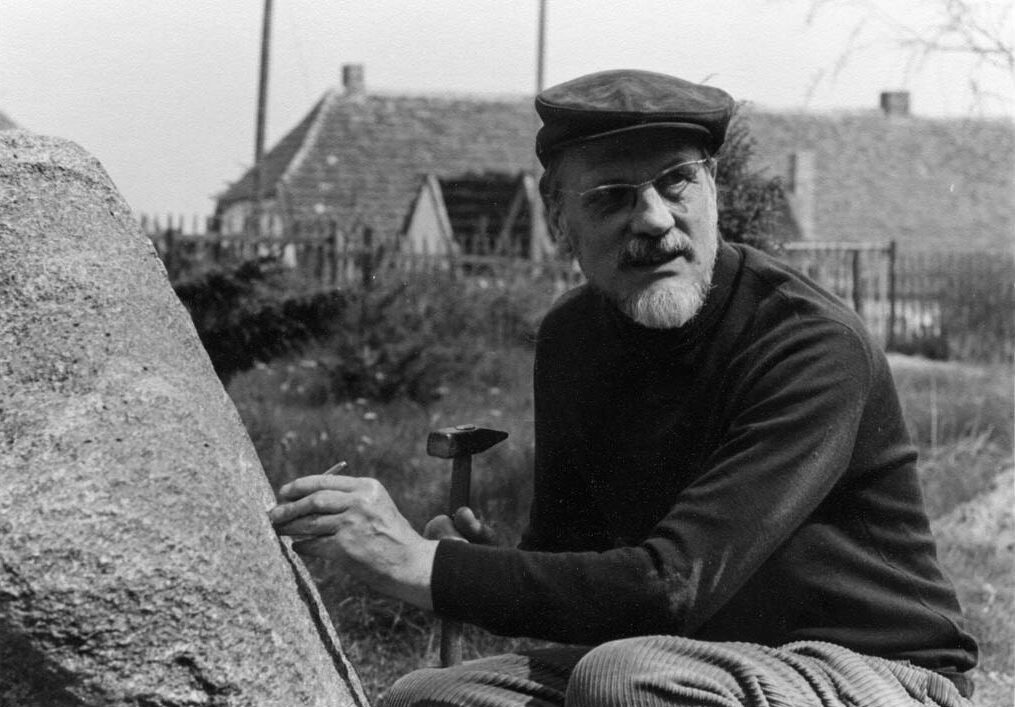 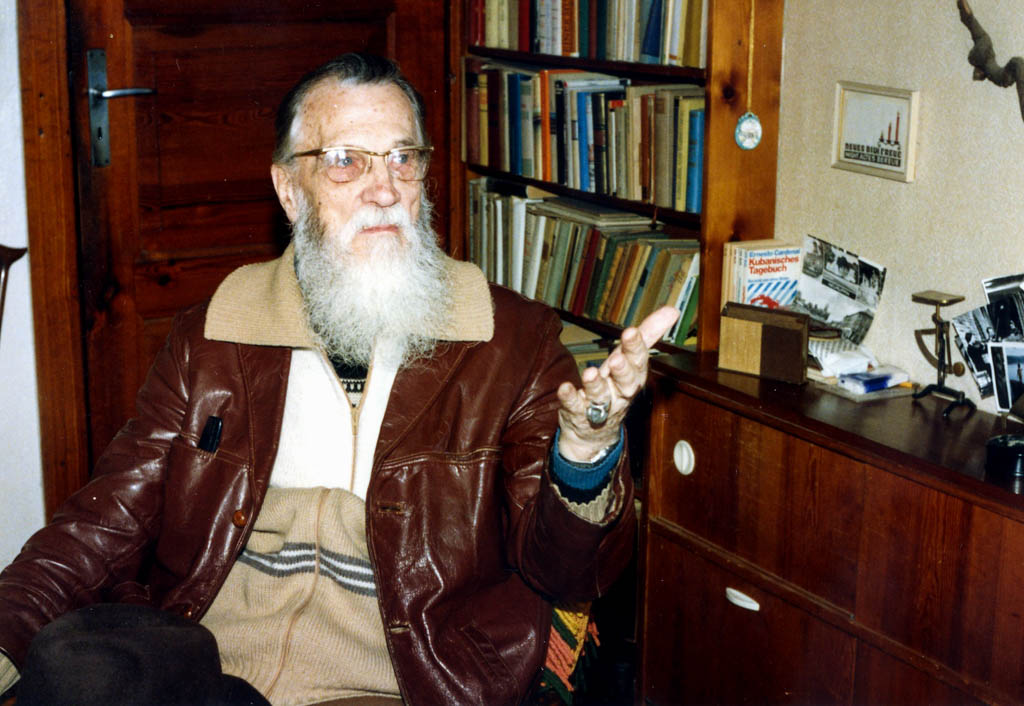 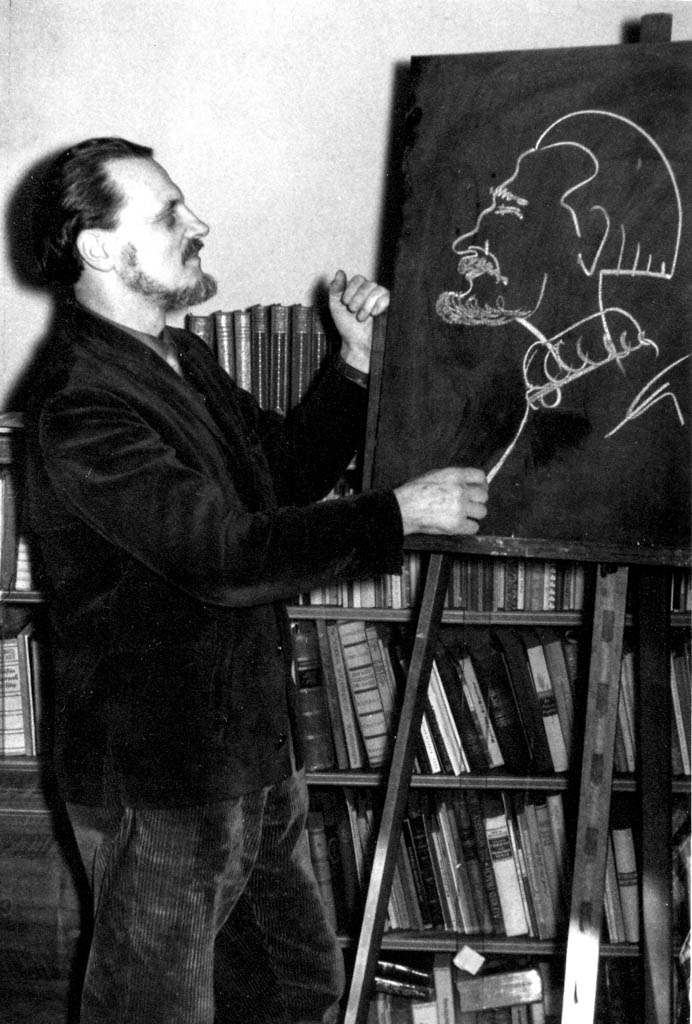 "[...] in a reconnaissance [in 1945 on the Eastern Front], our group of five came under fire from grenade launchers. I received a load of many small fragments, especially in hand, neck, and through the cheek into the mouth. [...] Incidentally, the pack of family photos in my breast pocket saved my life, without which a shrapnel would have hit my heart directly. Days later, I found the splinter between the photos, where it had gotten stuck."

His wife – the dancer

Irene Gustavs (1909–1994) was born in Neuruppin as the daughter of the businessman Wilhelm Tourneau and his wife Margarete, née Ebell. Her grandfather Carl was named a city elder and honorary citizen of Neuruppin in 1910. Her professional interests focused on sports, dance, medicine and architecture. She initially graduated as a dancer and choreographer at the Trümpy Günther School in Berlin, which was heavily influenced by the then protagonists of modern expressive dance Gret Palucca, Mary Wigman and Harald Kreutzberg. Thereafter, she trained to become a dance and gymnastics teacher. She also completed courses in anatomy and physiology at the University of Berlin.

In 1934 Irene Tourneau married the Hiddensee painter and graphic artist Eggert Gustavs, whom she met on the Island of Hiddensee. With his support as a dance partner and commercial artist, she founded the "School for Ballroom Dancing and Gymnastics" in her parents' house at Paradeplatz in Neuruppin. At the time, this was an unusual career plan for a young woman. Just as unusual as her honeymoon, which took her to the Island of Hiddensee by bike after the civil wedding in Neuruppin to be married in church by her father-in-law, Pastor Arnold Gustavs.

During the first years of her career, she often organized solo dance evenings ‒ to music by Schubert, Beethoven, Mozart and Weber, among others ‒ that featured her own choreographies and own costume designs. Her performances in Neuruppin, Magdeburg and Berlin ‒ at the Volksbühne and Grand Hotel Esplanade ‒ but also on the Island of Hiddensee were always very successful. However, she gave up her plans to pursue an artistic career as a dancer in favor of her own family with six children. Yet, many generations have learned dancing and good manners from her. She received several awards and made it onto TV with her dance group. She once wrote: “For me, dance is an expression of an enriched life. Moods and states of the human soul are reflected in the dances, taking on form and finding a resolution."

Irene Gustavs was a cosmopolitan and interested in political events. The personal acquaintance with Eva Strittmatter gave her just as much pleasure as her visits with Gret Palucca in Dresden and on the Island of Hiddensee. Former dance students still rave about their great, always young-at-heart dance teacher; even at the age of 70, she still demonstrated splits during dance training. Her grandson Heiko also happily remembers his dance lessons and auditions with his grandmother. Modern and independent in her thinking, creative and hardworking, and at the same time full of happiness, serenity and optimism ‒ this is how Irene Gustavs will live on in the memories of those people who knew her, especially in Neuruppin. 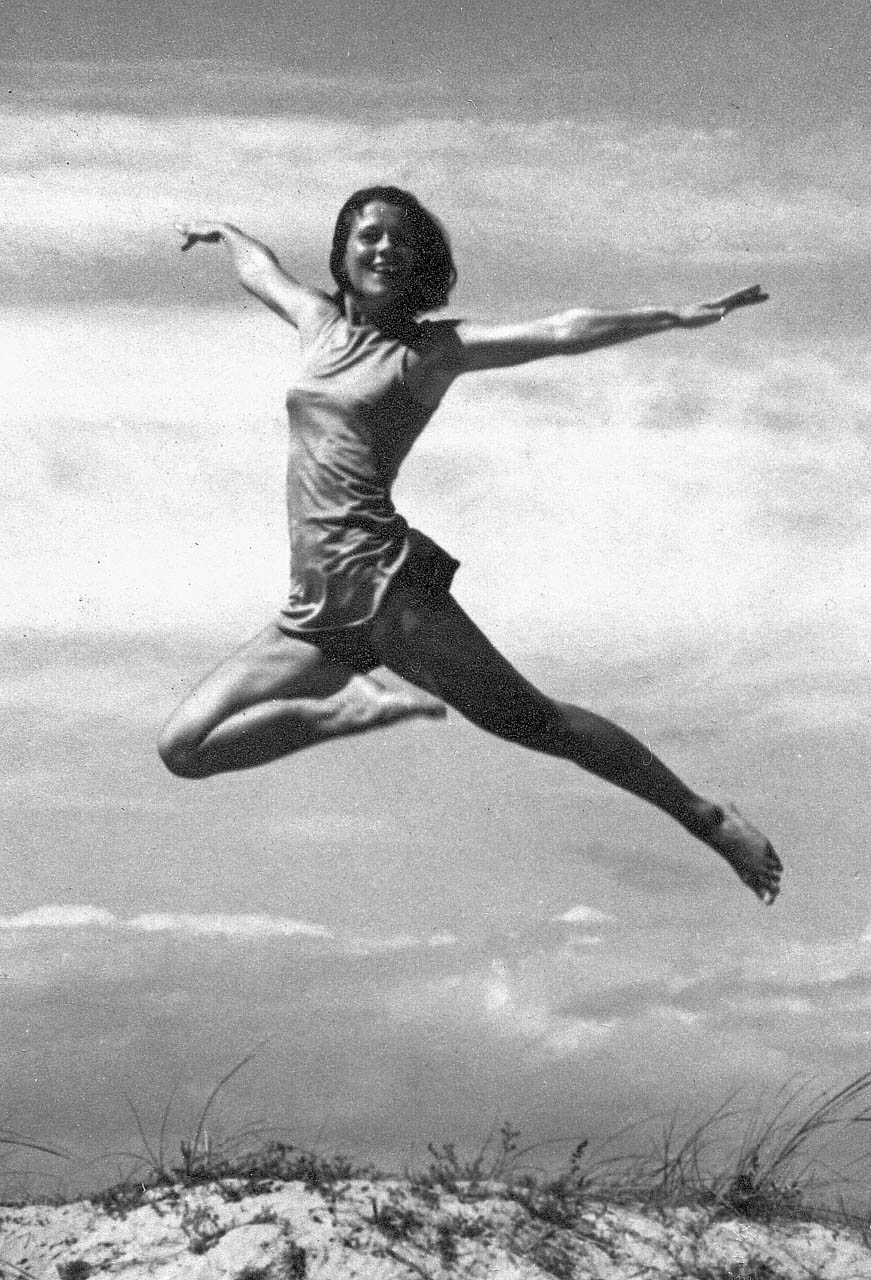 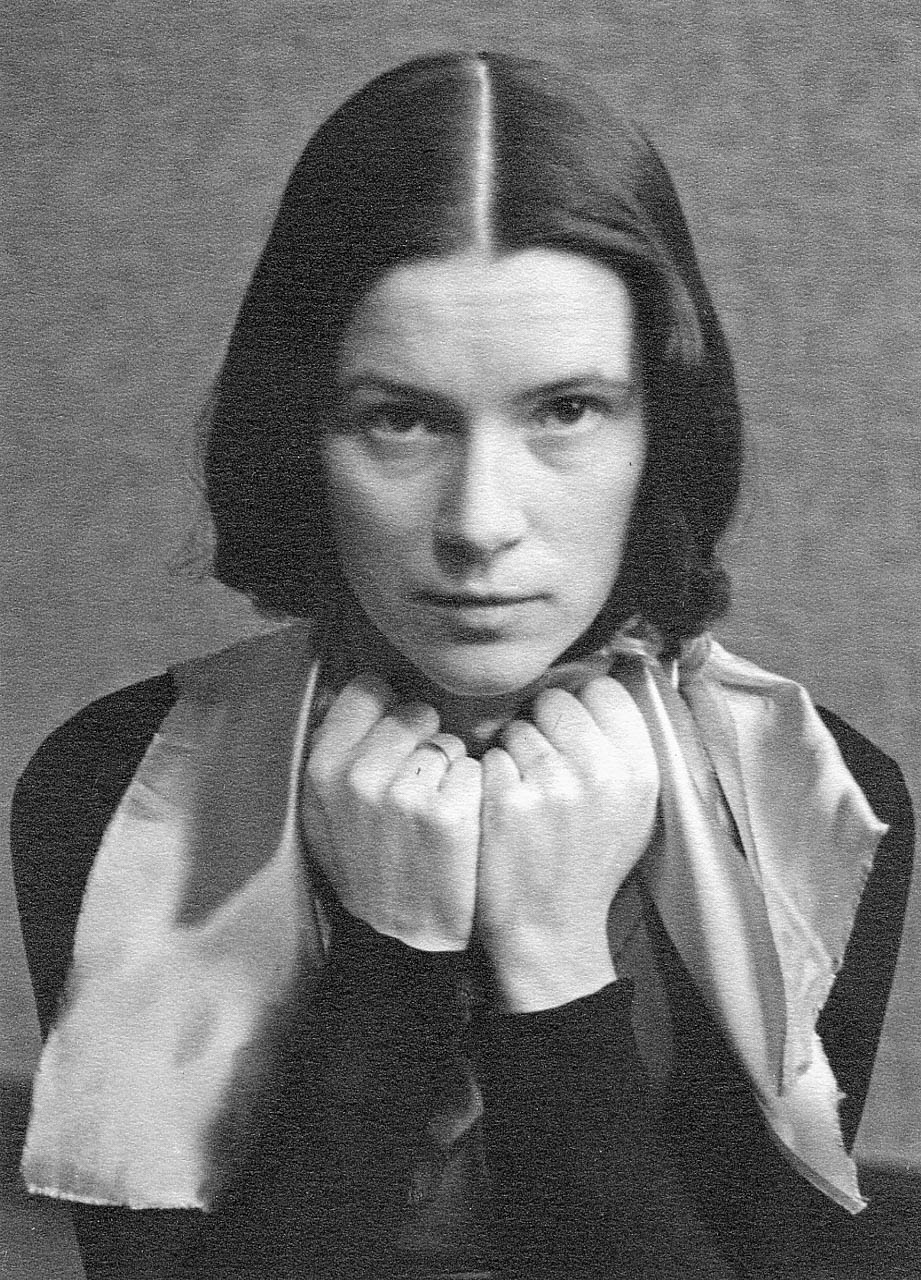 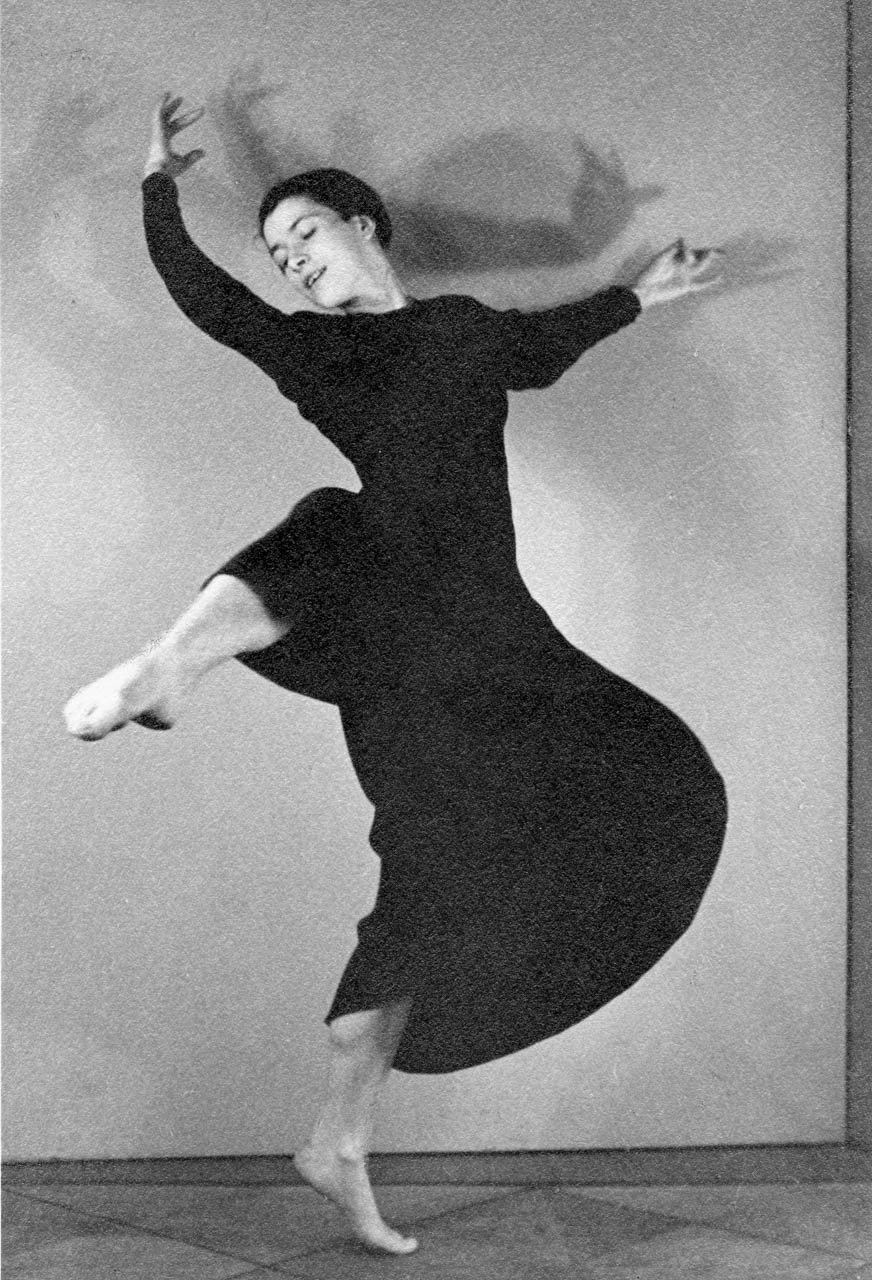