The Old Blacksmith's Shop on the Island of Hiddensee

The blacksmith's craft is one of the oldest crafts. In the past, a blacksmith's shop was found in almost every village. Blacksmiths worked metals with the help of fire and striking tools. They needed strength, endurance, and an extensive knowledge of the different types of metal and their properties. Especially gifted craftsmen could be appointed to become estate or court blacksmiths. But there were also traveling blacksmiths, the predecessors of the military blacksmiths later used in war. On the Island of Hiddensee, blacksmiths mainly shoed horse hooves, repaired tools, and carried out work around houses and farms. 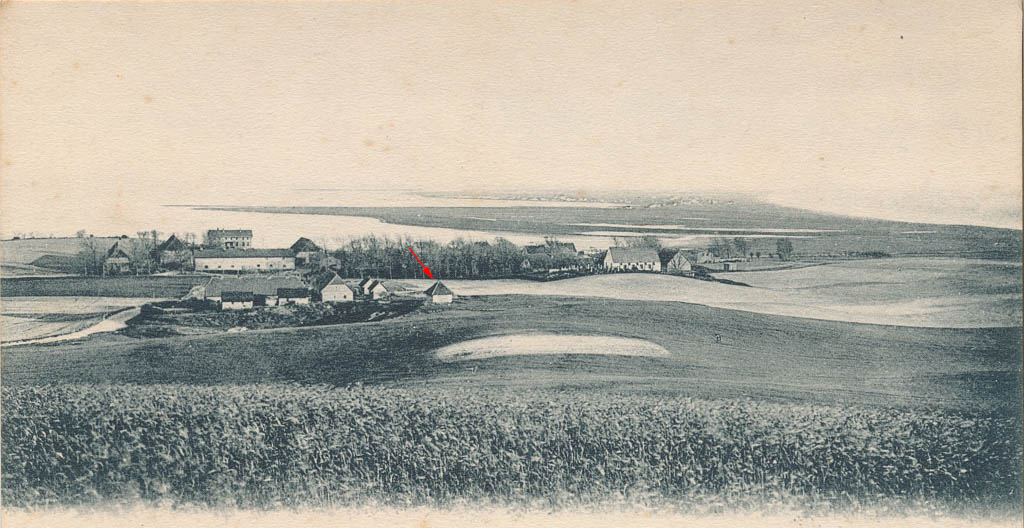 “The blacksmith’s shop of the monastery was supposed to be located at the older parsonage, i.e. in the present parsonage garden at the old linden tree and the old nut tree. […] The old parsonage, which was already mentioned by Wackenroder about 1710, stood closer to the bay in the direction of north to south near the thick old linden tree and the old walnut tree in the present parsonage garden. Previously, a blacksmith’s shop had been there.” (Jürgensohn, 1924)
(Jürgensohn, 1924)

The old blacksmith’s shop was built between 1836 and 1886 north of the houses of the estate workers, with a square layout and a tent roof. About 1950, the shop was extended to the west and thus received its present appearance.

The most important part of the blacksmith’s shop was the forge, the open fireplace in which the glowing forge coal (fat coal, a high-quality hard coal) was heated by means of a bellows to maximum temperatures of about 1250 °C (2282 °F) to heat the workpiece. Above this fireplace was the chimney, which served as an outlet for smoke and sparks.

The old, huge, hand-operated bellows in the attic was replaced by an electric fan when electricity came to the Island of Hiddensee in 1927.

To form a given workpiece, blacksmiths had numerous tools at their disposal, among them anvil, hammers, tongs, drills, and grinders. The available transmission drill was powered by an electric motor with a leather belt in the attic.

Together with the blacksmith, Eggert Gustavs forged – according to his own design – the iron-wrought garden gate for his property in Neuruppin. The Old Blacksmith’s Shop was actively used until 1989 and remained unused the years thereafter.

After many years of preparation for creating a museum, the Eggert Gustavs Gesellschaft e. V. began with the restoration work of the listed blacksmith’s shop in 2018, which was suported by the European Union, the State of Mecklenburg-Vorpommern, the Church, and many private donors. 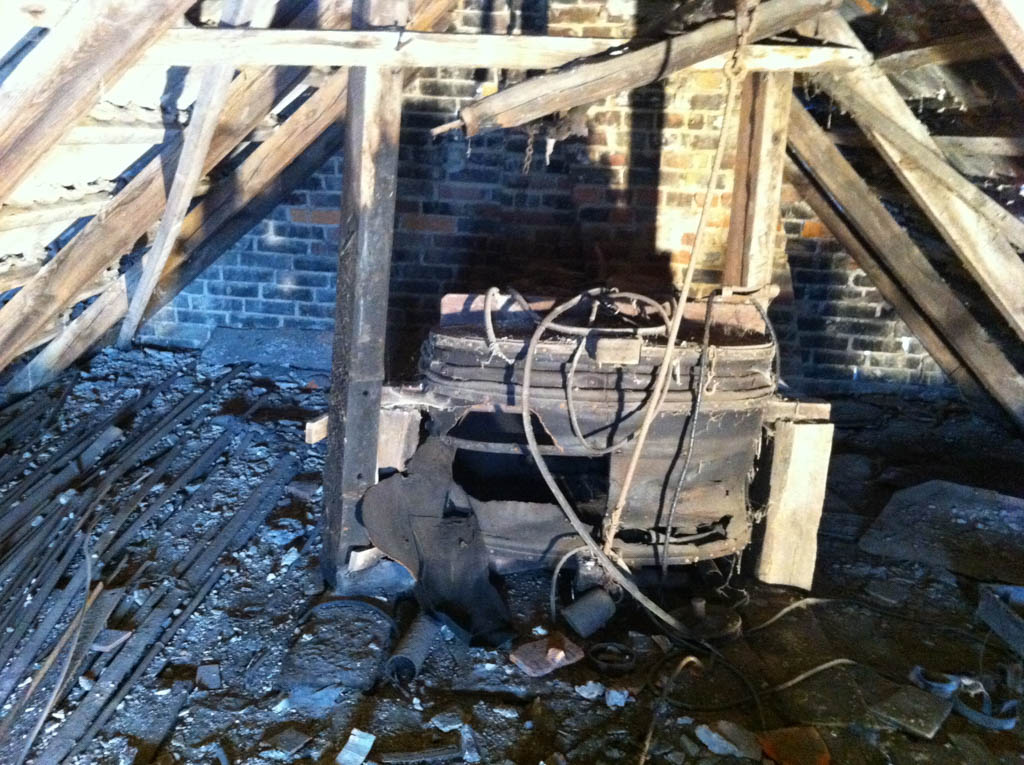 2013, Attic with bellows at the Old Blacksmith's Shop 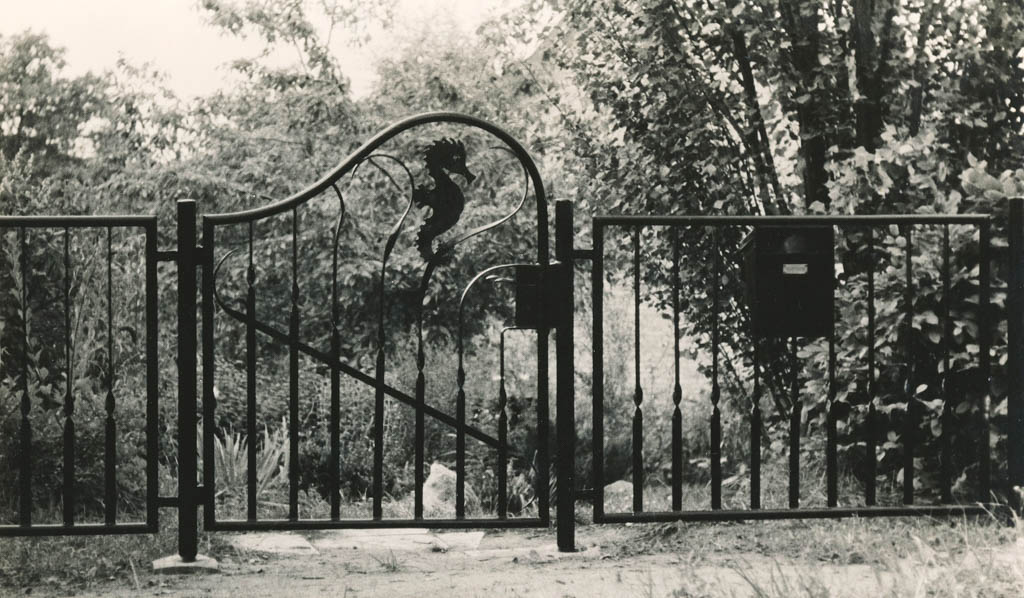 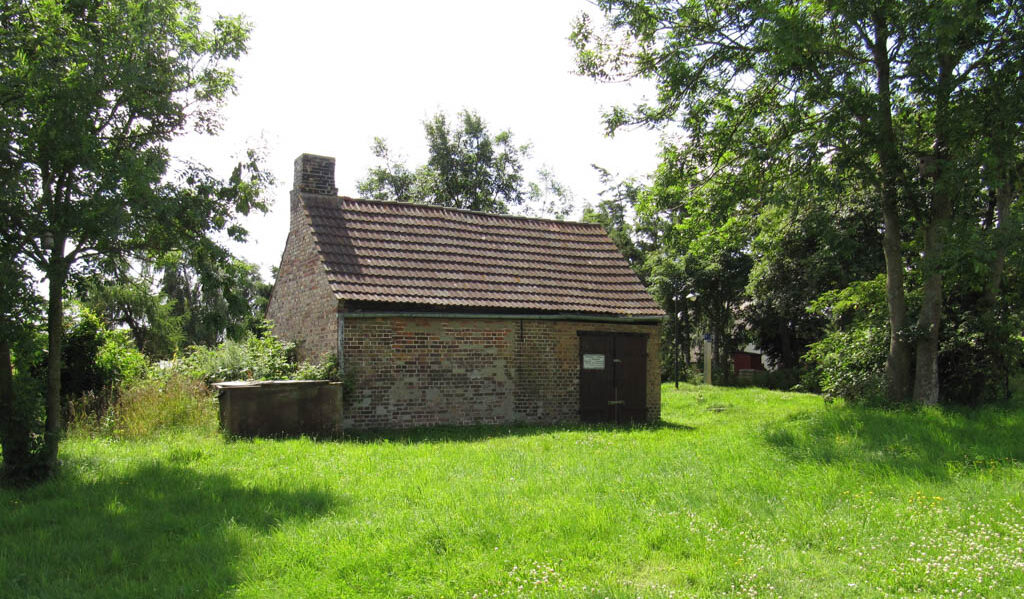 2012, Old Blacksmith's Shop prior to conversion

We would like to thank the Protestant Church of Hiddensee and the EWE Foundation for their outstanding financial support.

Our special thanks go to the architect Mathias Buss and the project developer Wolfgang Kempf for preparing the LEADER grant applications, planning and managing the construction, as well as completing the project on time.
In addition, our thanks also go to the builders Norbert Ungetühm and Torsten Steinborn as well as the blacksmith Silvio Höhne for their incredible dedication and hard work.
We are equally grateful to the roofer Karsten Siebler, the cabinet-maker Achim Wolff, and the electricians Bodo and Martin Stripling for their excellent work.
We would also like to particularly thank Pastor Dr. Konrad Glöckner, Attorney Dr. von Bosse, the preservationist Sommer-Scheffler, the LAG Rügen, the District of Vorpommern-Rügen (VR) and the State of Mecklenburg-Vorpommern (MV), all of whose support helped make the project possible in the first place.
We are grateful to Torsten-E. Gustavs, Architect BDA, for his ideas and advice and to Bernd Fischer for his outstanding design. Lastly, but certainly not least, we express our sincere thanks and gratitude to all members of the Eggert Gustavs Gesellschaft who have supported us in so many ways over so many years and still continue to do so. 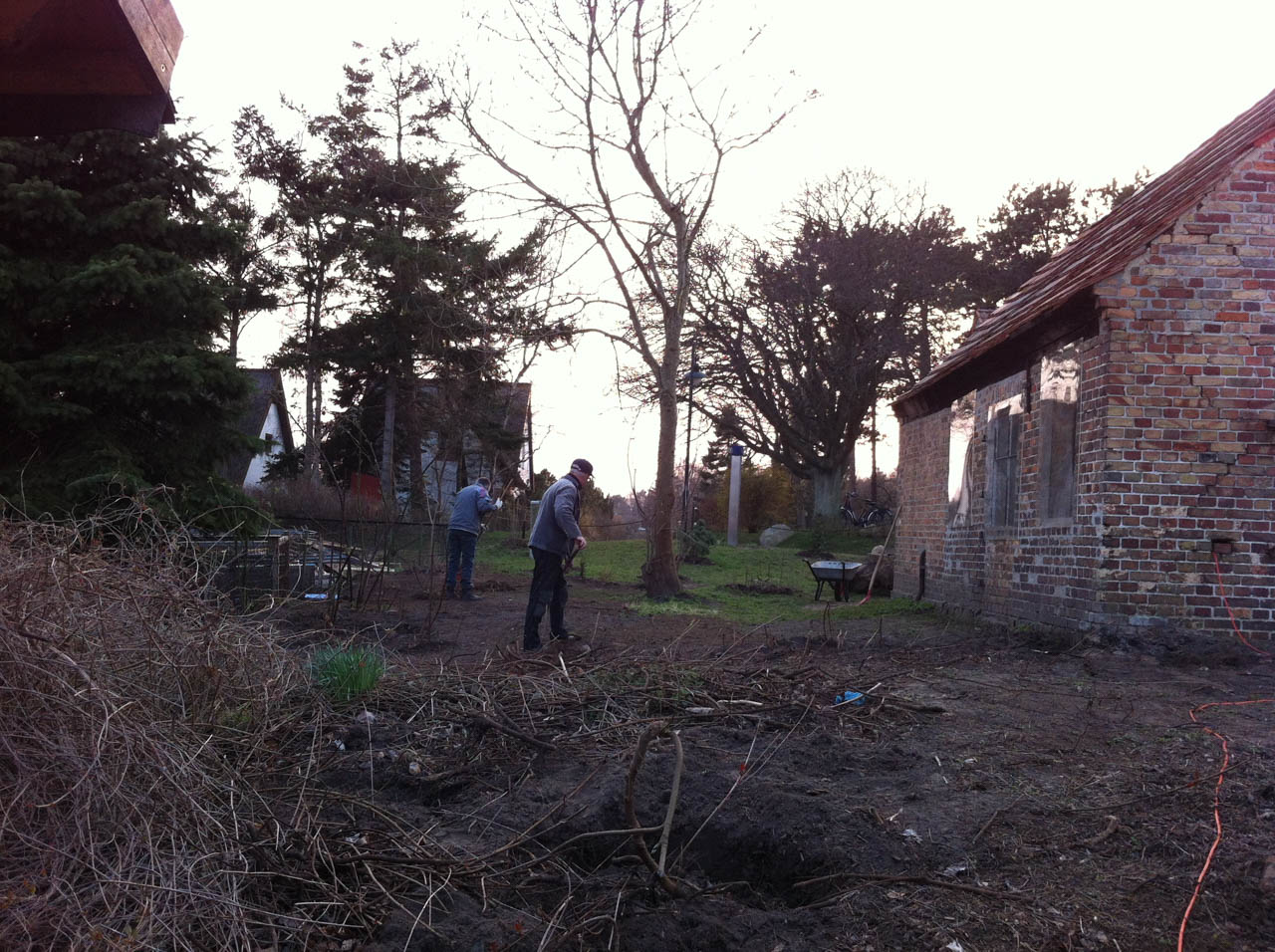 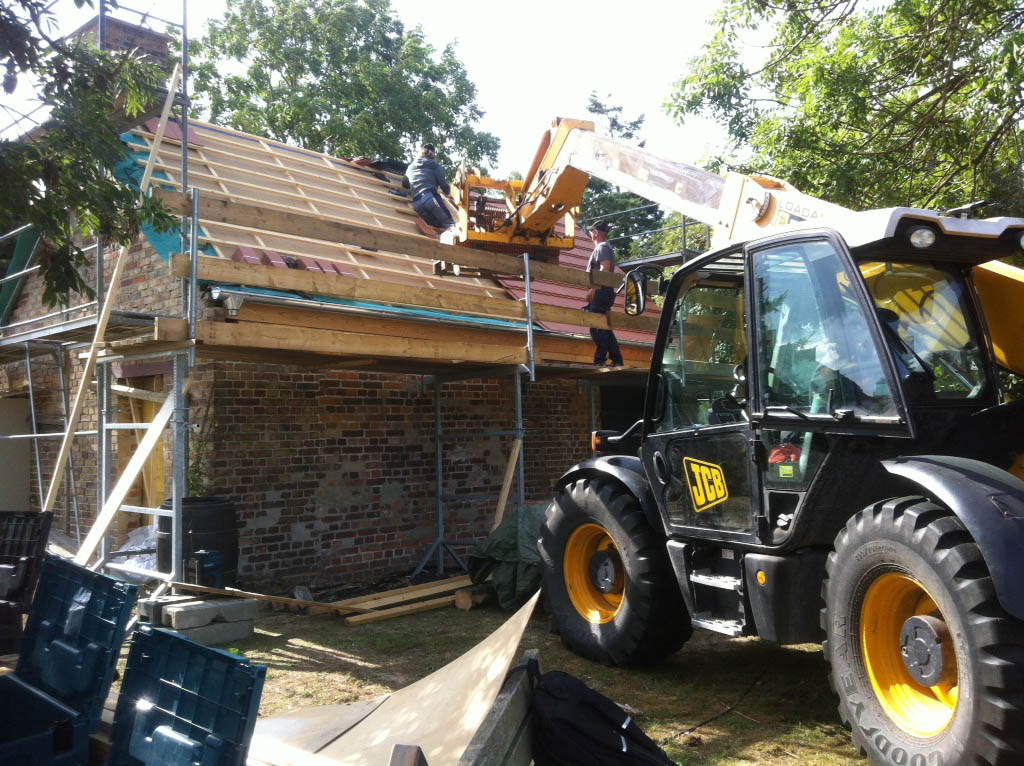 On the occassion of the 25th Heritage Day with the motto
“Entdecken, was uns verbindet (Discover What Unites Us)”
on 9 September 2018, the doors of the Old Blacksmith’s Shop were also opened, offering a first view of the transformation during the reconstruction phase. 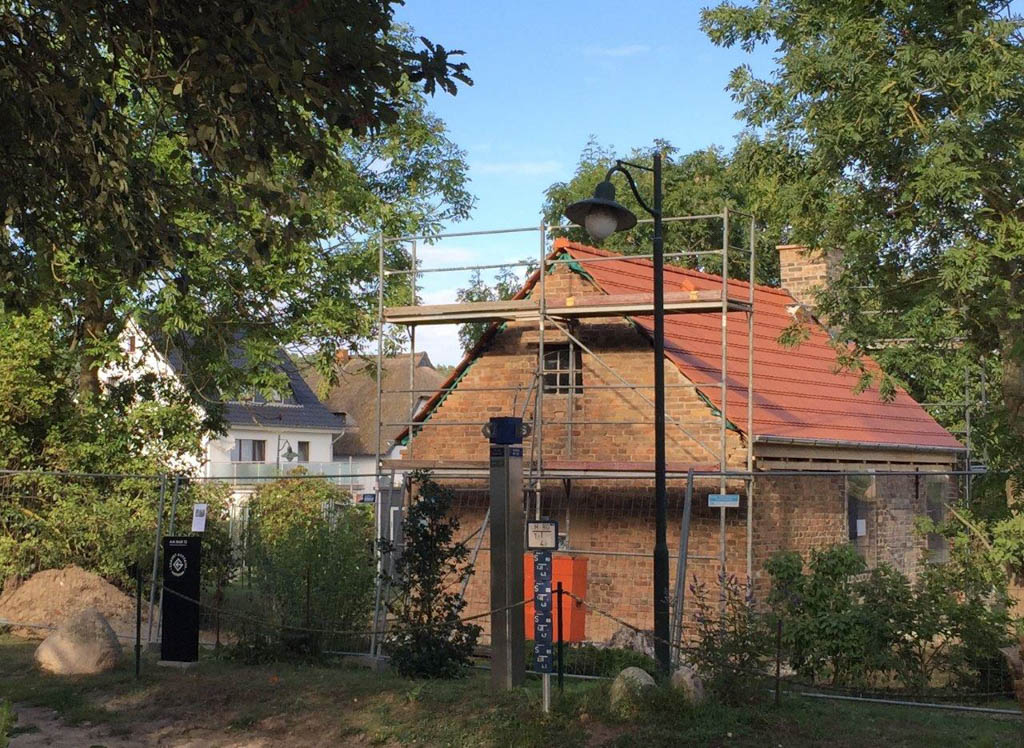 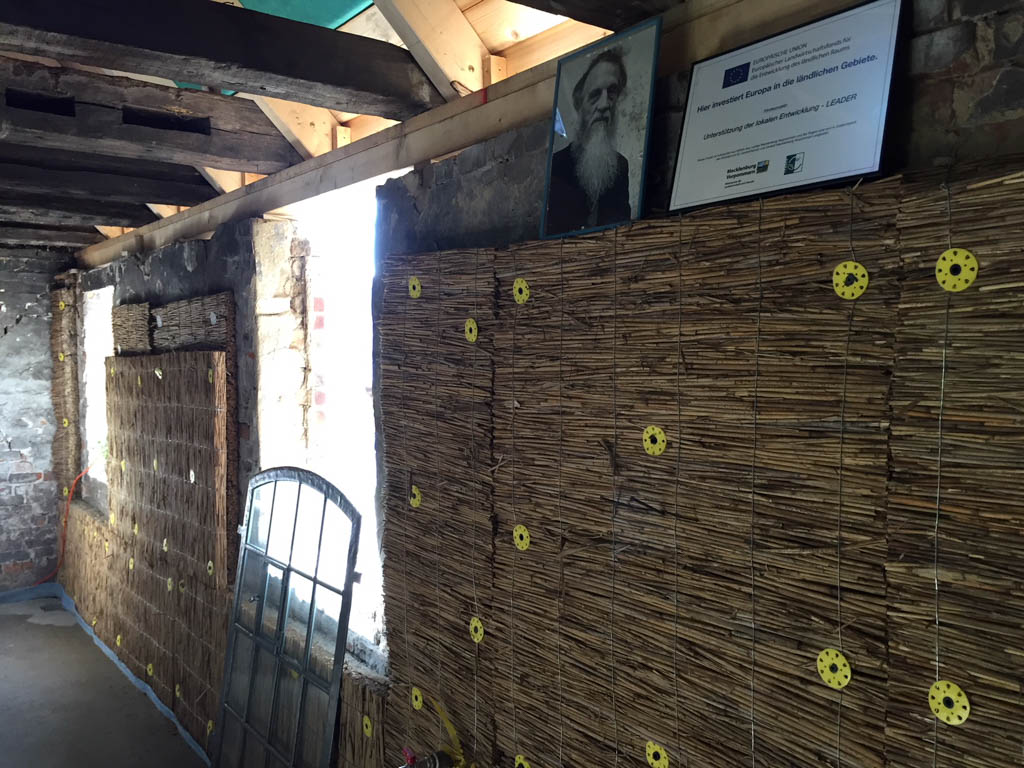 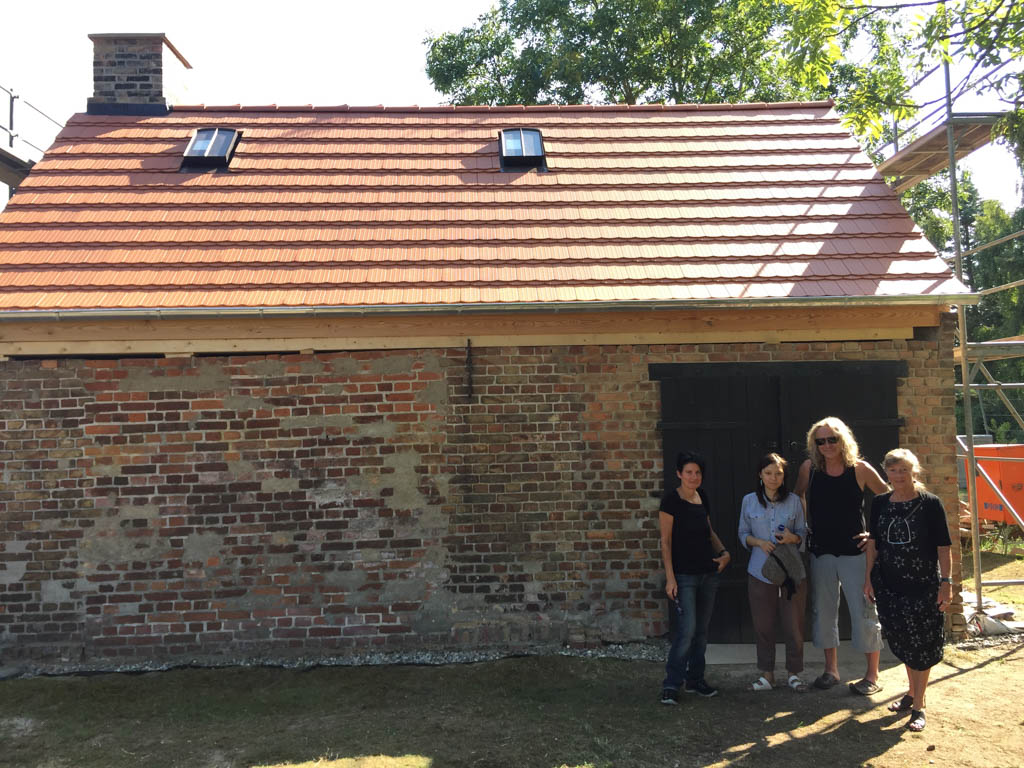 For the first time, the nonprofit organization Eggert Gustavs Gesellschaft presented an exhibition at the Old Blacksmith’s Shop on the Island of Hiddensee – on the occasion of Eggert Gustavs’ 20th death anniversary and prior to the reconstruction of the Eggert Gustavs Museum. Many art lovers accepted the invitation and were delighted with the rustic charm of the building and the high quality of the pictures. Two of the woodcuts inspired the Berlin pianist Annette Wizisla who enchanted the visitors with her own improvisations.
A truly successful exhibition – not least because some watercolors and woodcuts by the Hiddensee painter and graphic artist Eggert Gustavs found new happy owners. 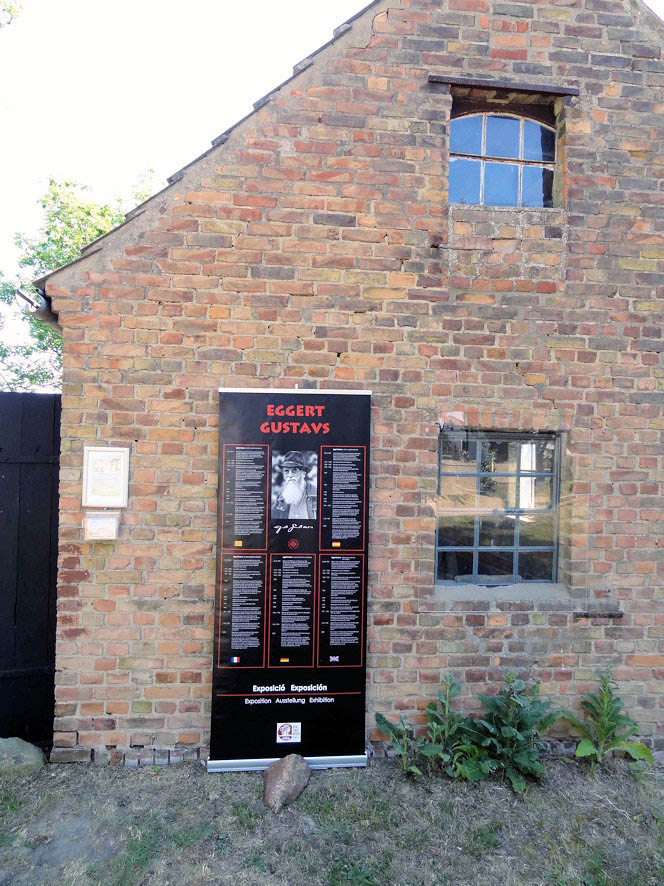 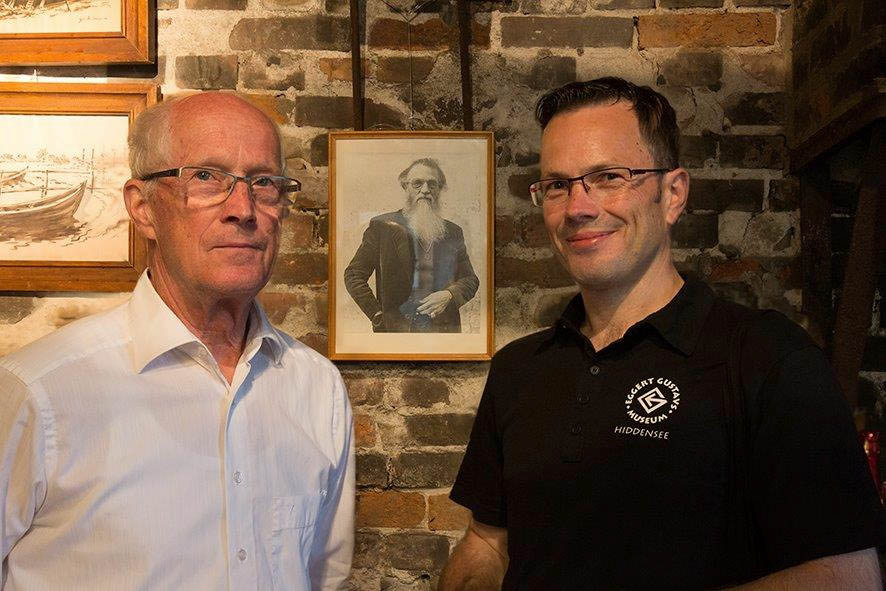 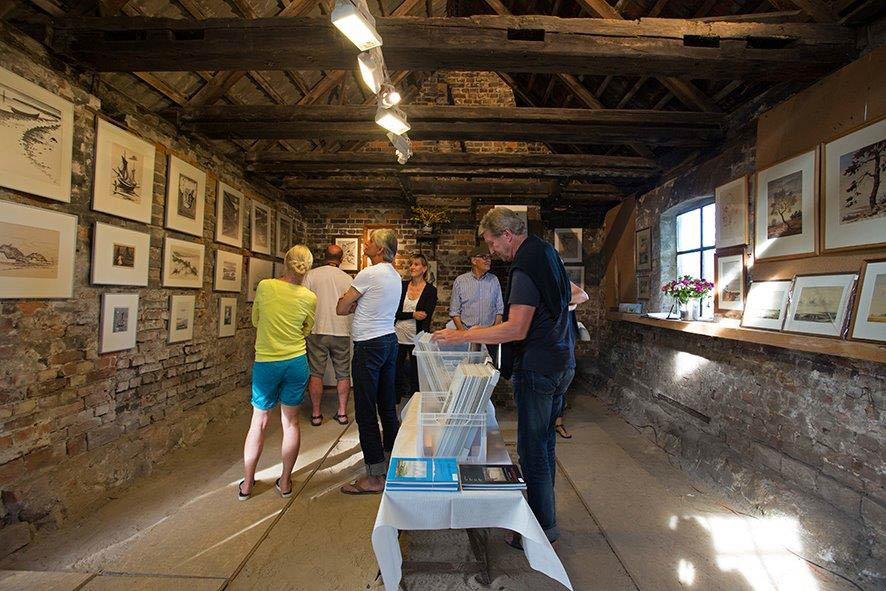 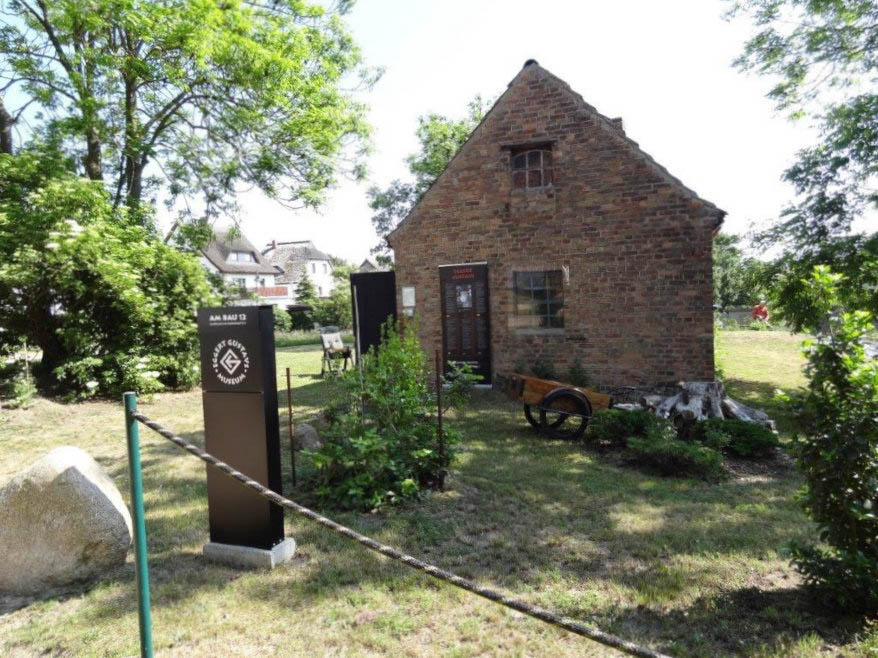 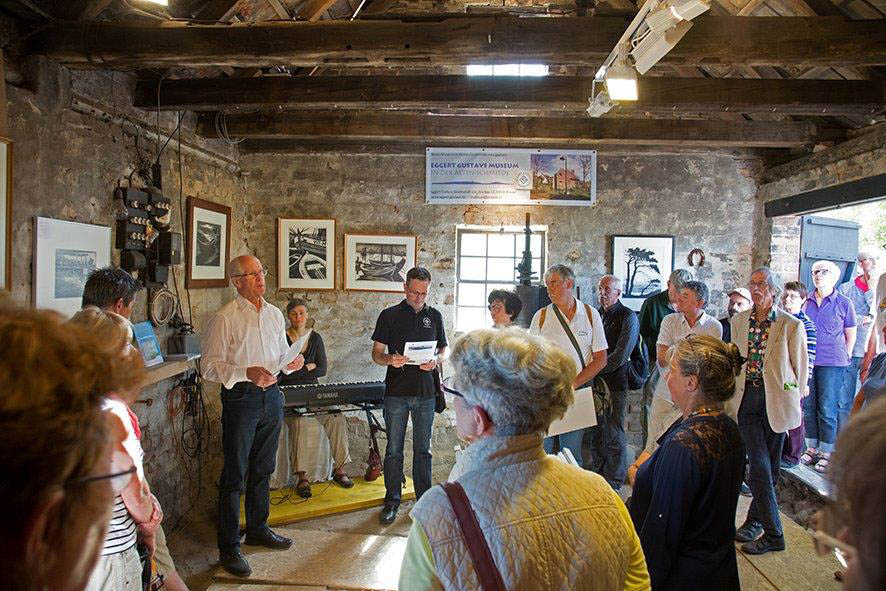 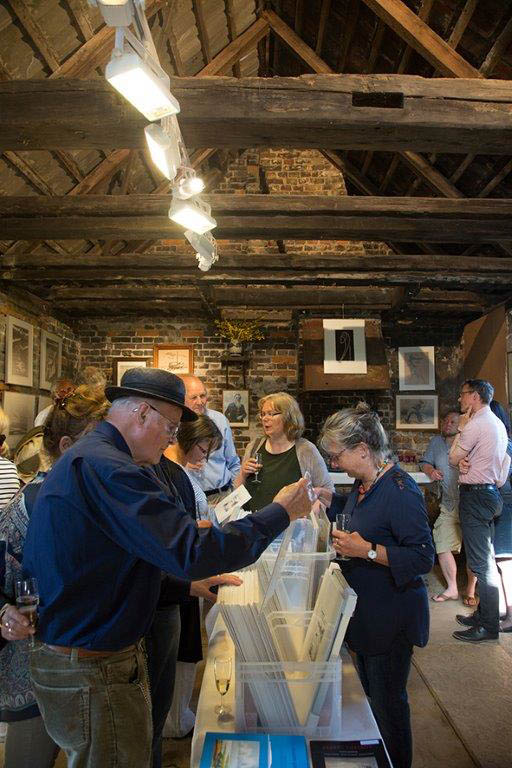 The Eggert Gustavs Museum for the first time participated with its own booth at the museum festival of the Förderverein des Heimatmuseums (Friends of the Local History Museum) at the local history museum in Kloster on 29 July 2015 from 1 p.m. to 6 p.m. From 3 p.m. to 5 p.m., the making of linocuts was on the program:
"The Hiddensee artist Eggert Gustavs created beautiful lino- and woodcuts, among other artwork. Some originals will be presented at the museum festival. Under the guidance of the sculptor Jo Harbort, participants can make their own linocuts inspired by Gustavs.”
The interest was huge, especially among the children. 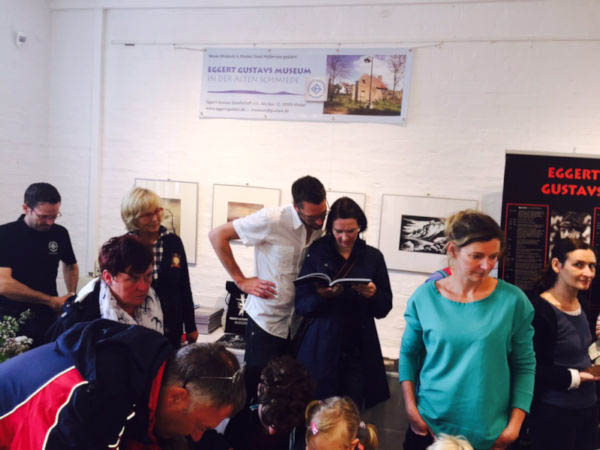 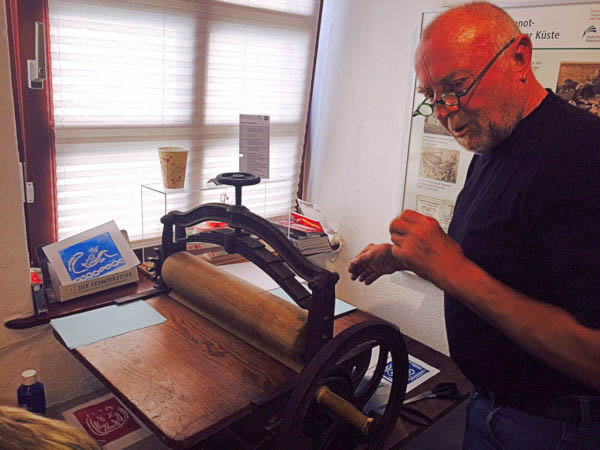 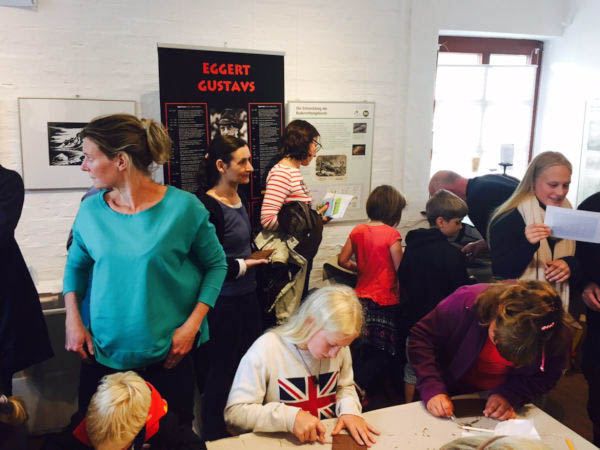 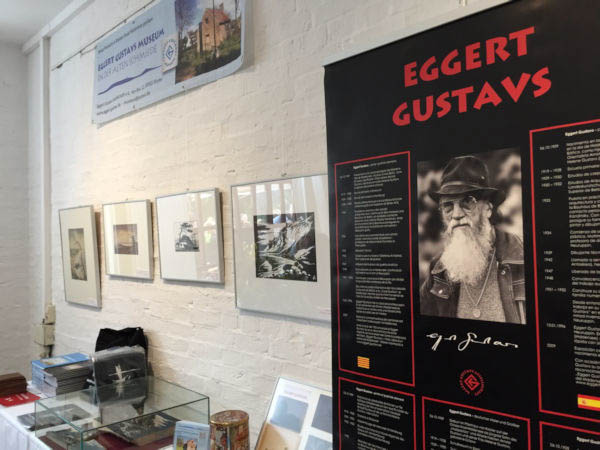 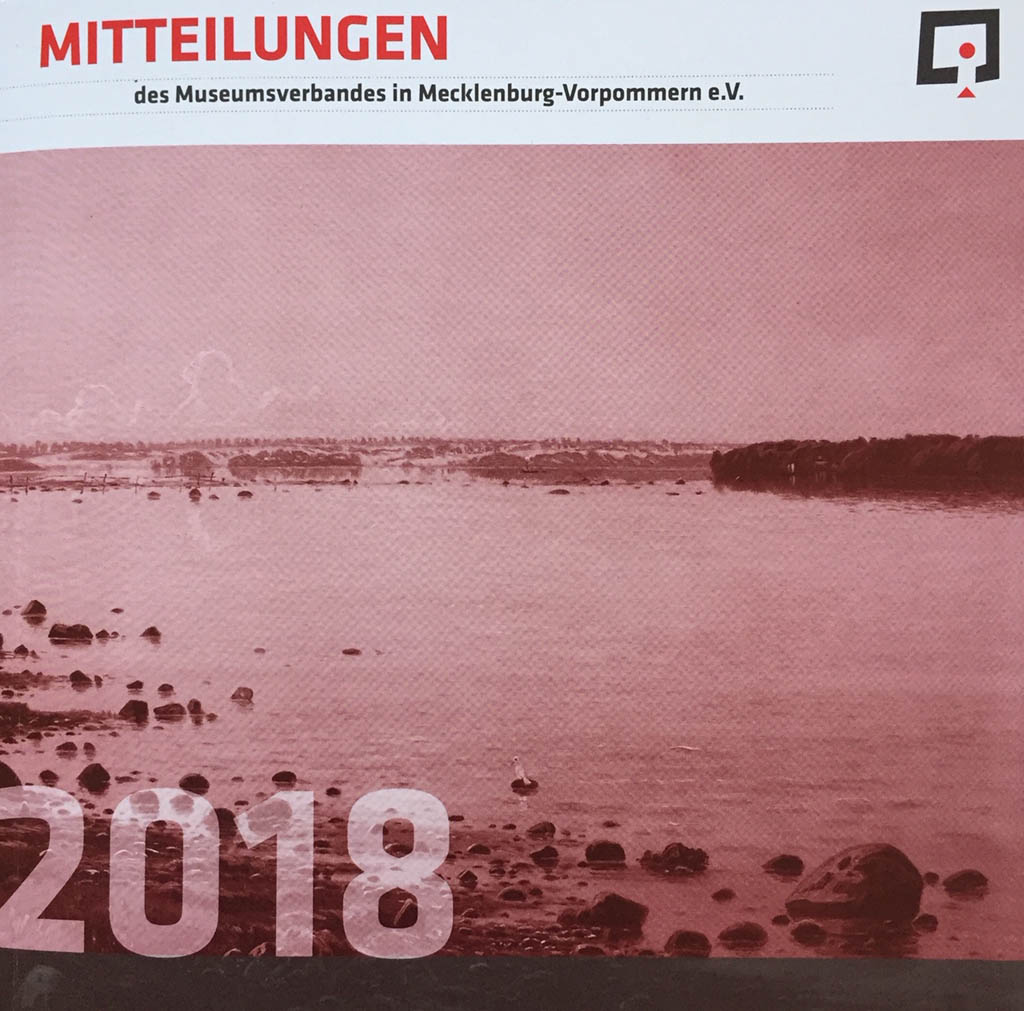 The Eggert Gustavs Gesellschaft has been an institutional member of the Museumsverband in Mecklenburg-Vorpommern e.V. since 2013.

It contributed an article to an issue of the Association of Museums in Mecklenburg-Vorpommern.